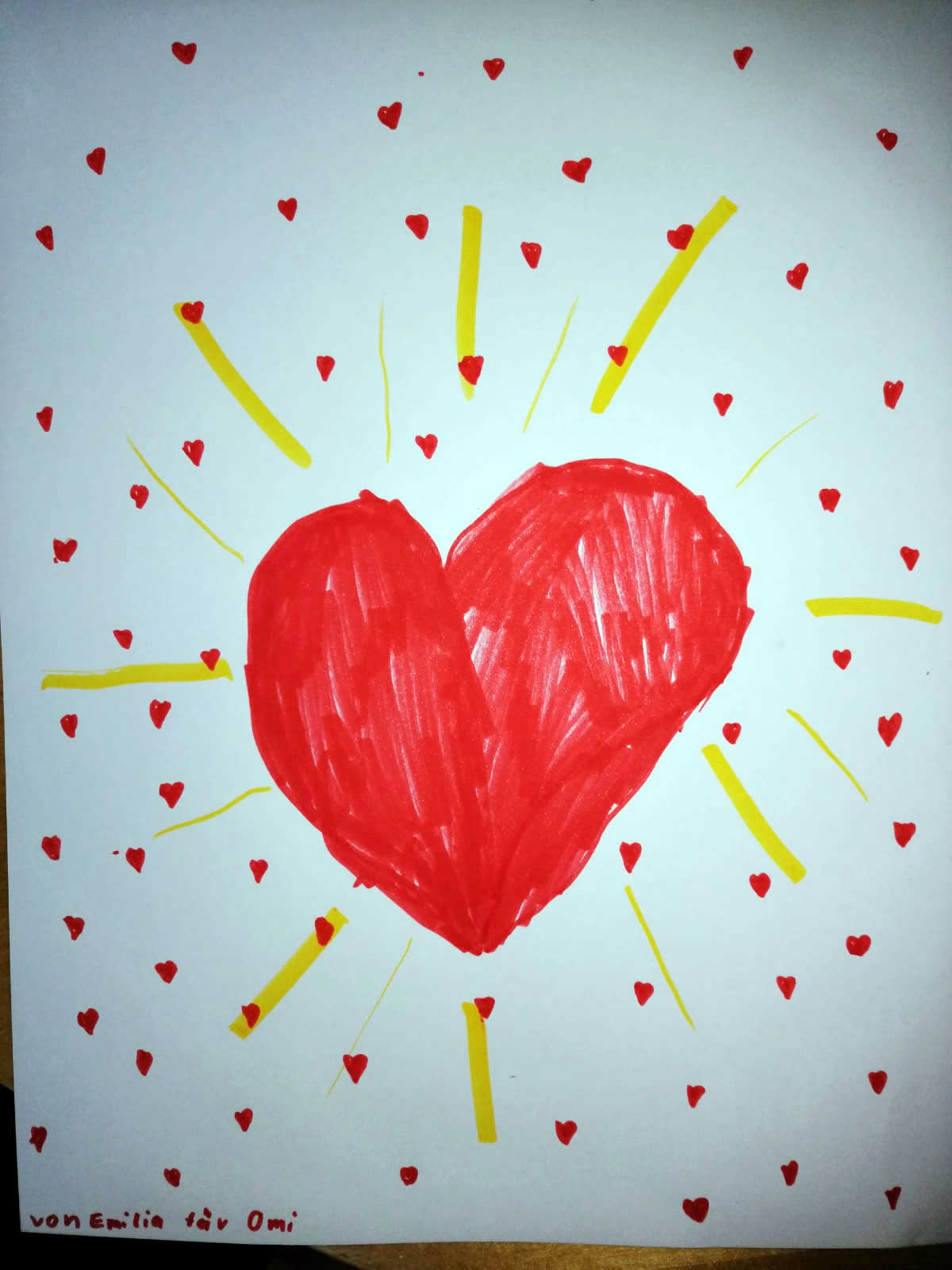 The Covid-19 pandemic has also affected the work of the Mindful EBID Foundation. We were thus unable to implement any projects at all in 2020. The Foundation had planned to support the Olympic Seed Festival in northern Greece – it should take place in April 2020, but had to be cancelled. A Festival is now planned for early September 2021 and we will support it. 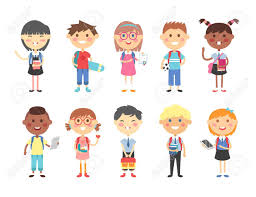 The Foundation again sponsored afternoon support programmes for children at Kleinlangheim Primary School in 2019 for the children of refugees, as well as immigrants from eastern Europe and the countries of the former USSR. After three years, this sponsorship ended at the close of the school year in July 2019. 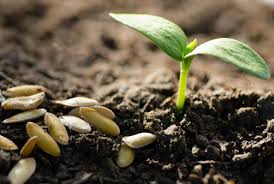 The Foundation’s largest project in 2019 was providing support for the Arche Noah Foundation in their political agro-diversity project at the EU level in Brussels. Up to now, the vast majority of the seeds used in organic agriculture in the EU came from conventional cultivation. Conventional seeds, however, are generally unsuitable for organic farming because no agrochemical inputs are used. New regulations will enormously simplify the marketing of seeds with a high level of phenotypical and genetic homogeneity – seeds that really are suitable for organic agriculture. This change has been achieved as a result of the political work of Arche Noah, a diverse range of charitable organisations, and environmental pressure groups, among others. The new regulations come into effect on 1 January 2021. 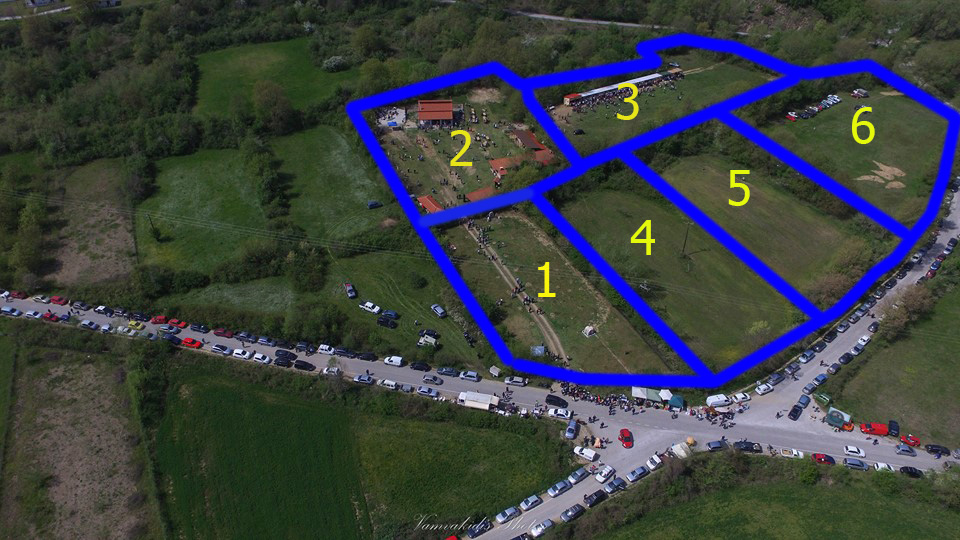 The Foundation also supported the alternative Greek Peliti community in 2019. We sponsored both the annual Peliti Seed Festival and the purchase of land in Mesochori in Greece, where Peliti is based. Peliti had just six hectares of land in Mesochori in 2009. It now has 25 hectares that are used for Seed Festival, the themed garden and other projects. 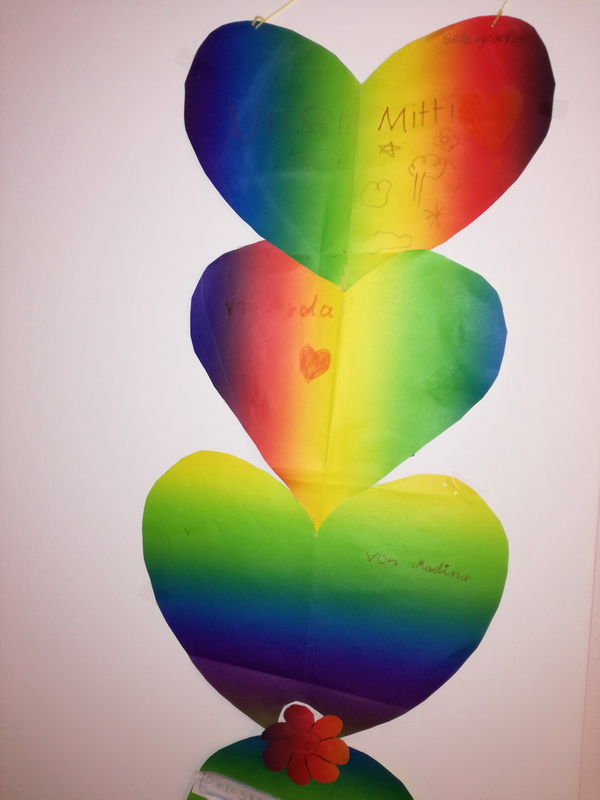 The project providing lunchtime and afternoon care for refugee children entered its third year of sponsorship during the 2018/19 schoolyear. While nine children were sponsored during the 2016/17 schoolyear, the number has already increased to 15 at the Kleinlangheim Primary School during this schoolyear. As the pupils move on to higher classes, six children at the secondary school in the Kitzingen Estate will also be supported by the Kitzingen Estate Primary School Support Association because, here too, integration of the children can be further promoted, and their school performance improved, by lunchtime and afternoon childcare.

The 18th Seed Festival of the Peliti alternative community in Mesochori (in northern Greece) took place on 15 April 2018. Our foundation again sponsored the seed festival, which was bigger this time thanks to newly purchased land. More than 2,000 visitors attended the seed festival in brilliant sunshine, and were able to select their favourite seeds from a wealth of organic seeds free-of-charge – and could look forward to free, organic, delicious and vegetarian food. The programme included an appearance by the musician Ludovico, famous throughout Greece for his lyre playing. 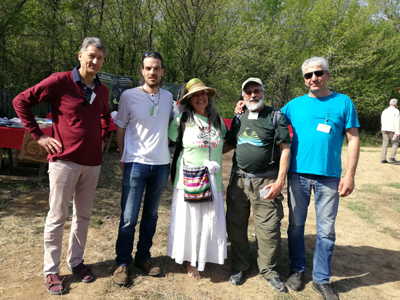 The 2nd Olympic Seed Festival also took place in Mesochori in Greece again. Lasting from 11 to 14 April 2018, it was accompanied by a wide-ranging three-day programme of talks on politics and research presented by seed organisations and private initiatives. The international participants provided information on their activities involving all aspects of natural organic seeds. One topic concerned the upcoming new EU organic regulations. The internationality of the event can be seen from the picture showing (from left to right) participants from Germany, France, Venezuela, the USA and Greece. 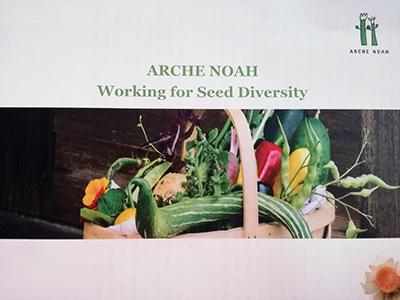 Our foundation has been supporting the political work of Austria’s Arche Noah on the European level in Brussels since January 2018. Arche Noah is an independent non-profit organisation with more than 16,000 members. It has campaigned for the retention and development of crop plant diversity for more than 25 years. On the European level it works towards achieving new EU seed regulations to ensure species diversity, healthy nutrition, and the rights of small operators and organic farming. Its political work on the EU level has been significantly enhanced with the assistance provided by our foundation.

While we were on a journey in Mongolia we had an opportunity to visit a student hall of residence at the Polytechnic in Bor Undur, in the east of the country. The conditions there were shocking. It was built during the Soviet era in the 1970s – without insulation. The room temperatures sometimes fall below zero in winter. The students lacked sufficient bedding, or it was very worn. Our foundation donated money to purchase new matresses, pillows, blankets and bathroom fittings. The 30 beds on the women’s floor could thus be warmly re-equipped. 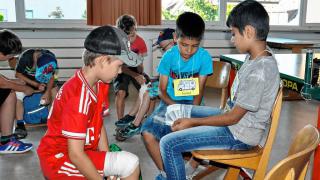 The lunch and afternoon care project for refugee children was implemented at the Kleinlangheim Primary School in the 2016/2017 school year. It was trouble-free, rapidly organised and carried out with great commitment. The good collaboration will be extended during the 2017/2018 school year as the school now offers afternoon care on Fridays. Our Foundation will also fund the Friday care for refugee children as well as take over the additional bus costs. The Headmistress has confirmed that the provision of lunch and afternoon care has considerably assisted in the integration of the children and improved academic performance. 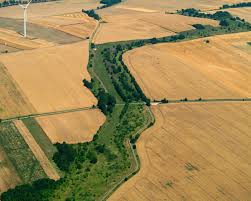 Nature has reclaimed the former border between East and West Germany, almost 1,400 km long. The Green Band was created between Hof and Travemünde with valuable habitats full of rare animal and plants. The Green Band is Germany’s largest biotope alliance. The German Federation for the Environment and Nature Conservation (BUND) has been committed to closing the gaps in the Green Band – which have been used for agriculture – for many years now, and purchases land for this purpose. Our Foundation helps fund this project via a special-purpose donation to the BUND. 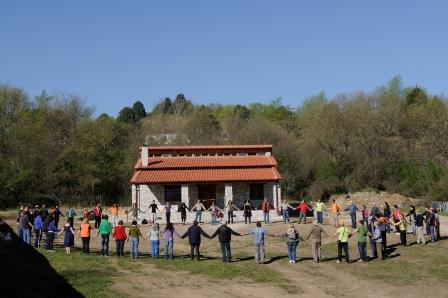 The Peliti Alternative Community is based in Mesochori in northern Greece. Peliti has land here that, among other things, is used for Europe’s largest seed festival every year. They built their “Peliti Seeds” house themselves in 2015. It accommodates a collection of vegetable and grain seeds from Greece, as well as photos of Peliti activities and of farmers from Greece and throughout the world who are fighting to maintain their own seed stock. Our Foundation provided funding for Peliti in December 2016 for purchasing more agricultural land. 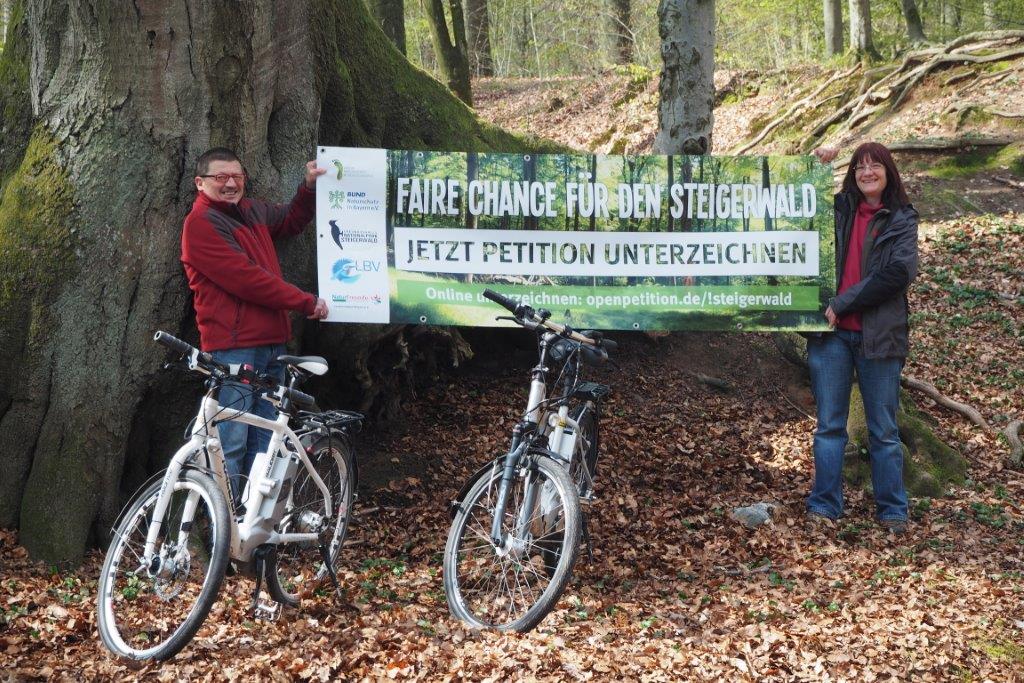 Discussions have been underway since 2007 regarding whether the natural park of northern Steigerwald – with its rare stock of copper beeches and immense biodiversity – could become the Steigerwald National Park. Nature conservation societies, including the Friends of the Earth Germany (BUND) and WWF Germany, initiated the Friends for the Steigerwald National Park (Freundeskreis Pro Nationalpark Steigerwald) in 2008 in order to campaign jointly for the National Park concept. Our Foundation helped fund the purchase of e-bikes for the organisation in December 2016. These will allow quicker access to the forest area to map its tree species and to report logging activities. 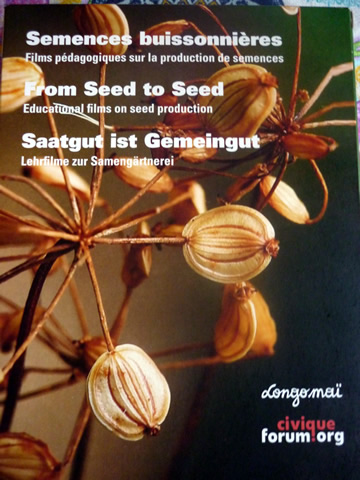 Longo Mai “is lived experience of pastoral society based on cross-border solidarity“. The originally Swiss cooperative is committed to, among other things, natural seed stock and wants to educate the public about its use. For this purpose, the Pro Longo Mai Cooperative in France started making an educational film entitled “Seed stock is a public resource“, providing information on how to produce non-hybrid and organic seed stocks. Our Foundation supported translation of the film into Portuguese and Spanish in January 2017 because there is a lack of educational material on seed nurseries in the countries of South and Central America. 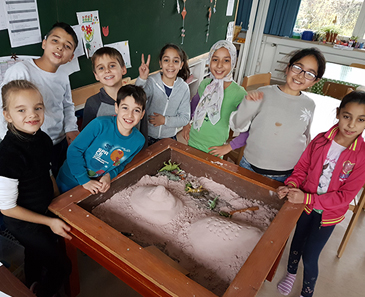 About 150 refugees from various countries live at Corlette Circle, a small former US housing estate on the edge of Kitzingen. The primary schoolchildren there take the school bus to the school in Kleinlangheim, seven kilometres away. As there is no school bus in the afternoons, the refugee children cannot participate in the lunch and afternoon activities. Since September 2016 the foundation has been enabling nine children to spend the afternoon at the school to learn and play with their German schoolmates. 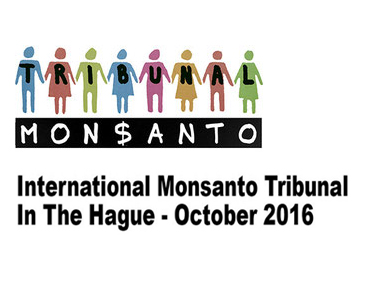 The Monsanto Tribunal took place from 14 to 16 October 2016 in Den Haag, the Netherlands. The aim of the event was to set up a symbolic, international tribunal with the objective of condemning environmentally damaging and health-impairing activities for which the multinational concern Monsanto is responsible. The members of the organisational committee included, among others, Ms Vandana Shiva, the Alternative Nobel Prize winner, who calls for biodiversity and the use of local seeds. The Foundation provided financial support for the Tribunal. 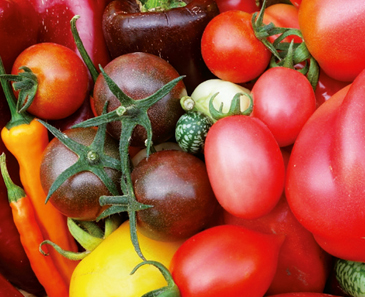 The 6th Seed Festival organised by the ‘open house’ association took place on 20 February 2016 in Iphofen, in the Kitzingen district. For the first time, participants from Austria, Switzerland, France, Italy and Greece attended to inspire the visitors about the diversity of non-hybrid and old seed and vegetable varieties. The Seed Festival in Iphofen was the largest of its type in Germany in 2016, with about 2,000 visitors. The Foundation provided voluntary workers and financial support for the Festival. 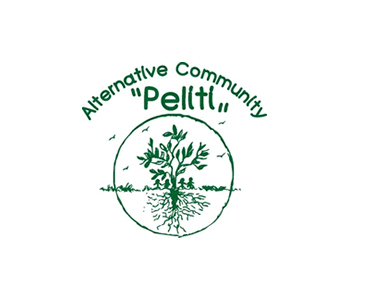 Europe’s largest Seed Festival took place at the Peliti alternative community in the village of Mesochori in north-east Greece on 23 April 2016. The Peliti Organisation has taken up the task of collecting old, regionally adapted, plant species and propagating them in order to maintain plant diversity. This work began 20 years ago. Peliti has been presenting a large public Seed Festival, at which the seeds are given away, every spring for twelve years now. The Foundation provided voluntary workers and financial support for the Festival.